ModelEngine is dependent on the plugin ModelEngine
and requires the use of a custom resource pack. The most up to date documentation for ModelEngine can be found here.
They also have a support discord should you need help with your models

Modelengine has a free trial for a few special models so you can try before you buy, and there is a free test model on their wiki. You will have to make, or buy, your own models.

Now that the technical mumbo-jumbo is over... Why use ModelEngine??

ModelEngine allows anyone with BlockBench to quickly and easily create their own custom models and hit boxes similar to what you would see in mod packs, all in a vanilla client, using armor stands and a resource pack. 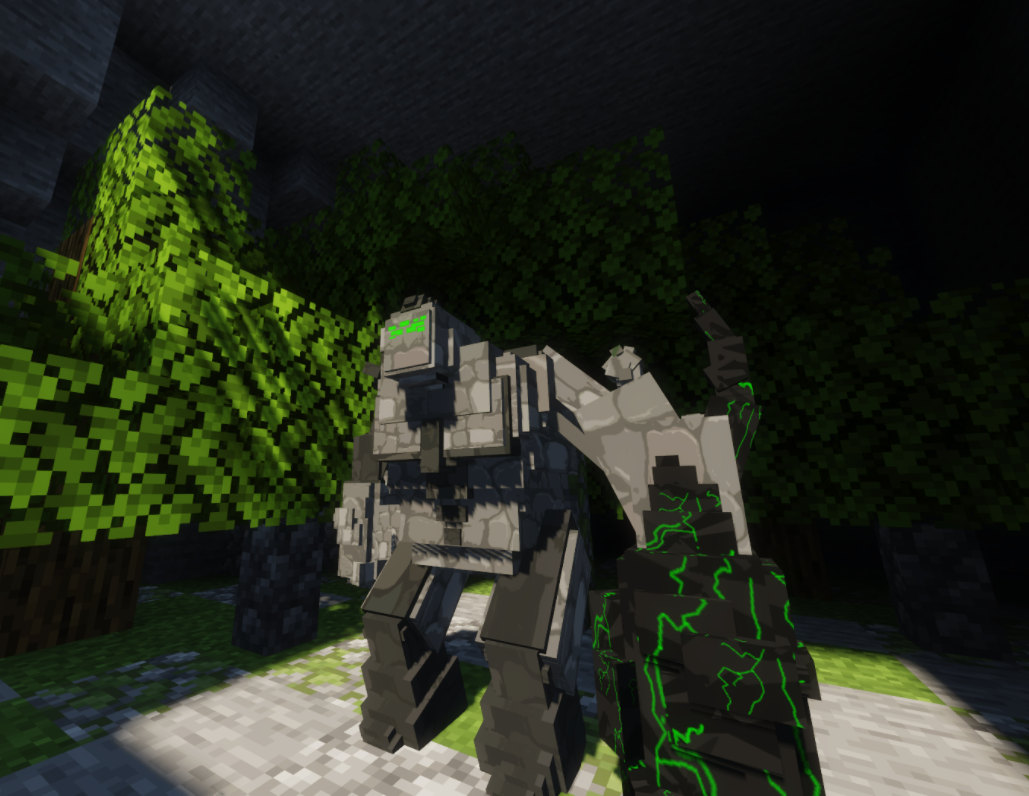 Note: It is not recommended to make every mob on your server a ModelEngine mob, because each "bone" in the mob will be a separate armor stand.

Note: Sometimes a model will de-sync from itself slightly giving the limbs a slight floating look, you can do some things to avoid this, but not much.

ModelEngine runs a few mechanics in order to apply to the mob.

For a full list of attributes and mechanics please visit the ModelEngine wiki: https://github.com/Ticxo/Model-Engine-Wiki/wiki/Mechanics